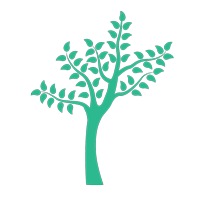 Does not contain bleach, acid, or other potentially hazardous materials. 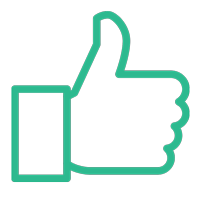 Convenient and easy to use 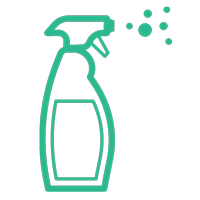 This stuff is great. I was skeptical it would remove an old oil stain, but it did. I tried a couple test spots and it appears the key is to pour it on thick and let it dry overnight. Just a thin layer isn't enough. See my before and after pics!! This oil stain was in the driveway of a house we just bought, so it's old, but I don't know how old.

The only thing that worked.

The scene: me with a Hot Glove carrying a drip pan full of au jus. Thumb goes into hot liquid. Pan is dropped and greasy meat juice is all over our patio brick. In freezing temps. I use a putty knife to get some out, but there the stain remains, 6 months later. Even muriatic acid didn’t cut it. Ordered this. Tried a spot. Let it dry overnight. Swept it. Stain is almost gone. I apply it to the rest of the stain and let it set. But this time it rains and turns it gooey. Fortunately, new power washer and I join forces with Chomp and within a half hour, it’s totally gone. Amazing product. 1000% satisfied.

I was skeptical, given how this was supposed to work by essentially sucking out the stains, but I figured I'd give it a try. I had a number of grease spots in concrete from under my Weber which I thought would never come out. This stuff pours on as a thick white cream. 24 hours later, it had dried and caked up a bit. I tried to brush it away but it was too firm so I had to first scrape it off with a garden hoe. I then brushed away the fragments and powder and underneath there was absolutely nothing left of the stains. Completely gone, not even a shadow of them. So yeah, it works as advertised and now the concrete under my grill is spotless.

Until it is completely dry. It will look like chalk when it is dry. Drying time can range between a couple hours to a day depending on temperature and humidity.

It will go away on its own. or if you're in a hurry wash with ammonia.

It is designed to lift oil stains from porous surfaces. Since natural stone is 'off label' I would test first in an inconspicuous area for satisfactory results.

Pull It Out is formulated remove old and new oil stains. Due to variables within the concrete itself, we always direct to test first in an inconspicuous area first. The product in ready to use. No need to dilute. Always feel free to call or contact with any questions.

In general, yes. The effectiveness of this product depends upon a number of factors, including concrete density and the length of time the oil has been on the concrete. It seems to work as well on synthetic oil as on non-synthetic. It is not a miracle worker, so keep that in mind.